Who we are and what we do. About Gregg & ErinAbout Chi Alpha 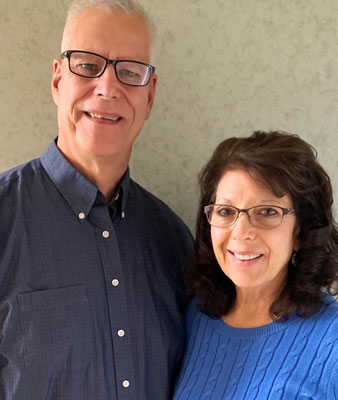 Gregg and Erin were raised in the Detroit, MI area. Gregg in Farmington Hills and Erin in Metamora. They both attended Ferris State University (FSU) in Big Rapids, MI and met at the Chi Alpha Christian Fellowship ministry on campus. Erin made a commitment to Christ just before attending FSU and Gregg made a commitment to Christ during his sophomore year while attending FSU. They married in June 1983 and the rest as they say, “is history”. To discover a little more info, click on their bio’s below:

Career Missionaries Must Be Fully Funded

One of the key elements to develop a long-term successful university ministry is to place a fully funded career missionary “at the helm”.  Raising a mission’s budget for a missionary is one of the hardest, yet life-giving things they’ll accomplish. 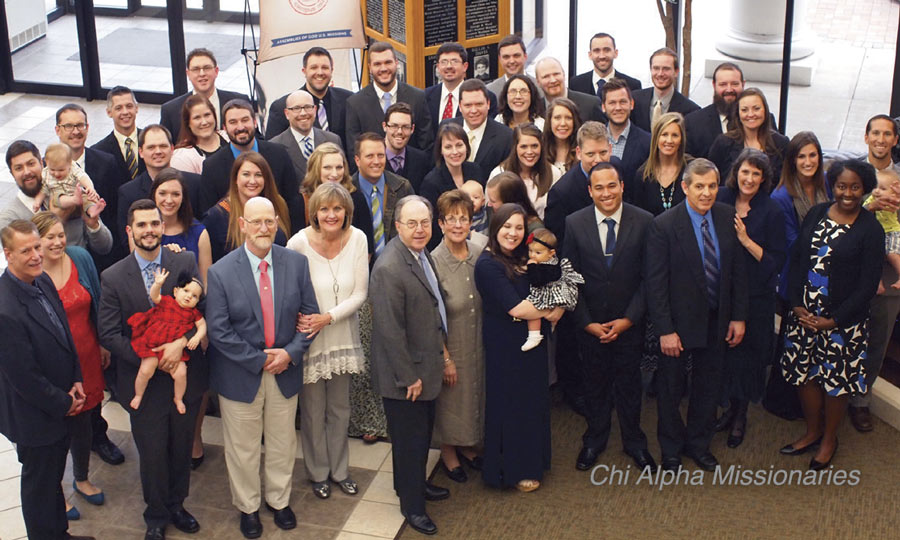 After 25 years in local Chi Alpha Campus Ministries, leading/pastoring ministries on 5 university campuses, Gregg is now ministering in a national position with Chi Alpha as their Support Raising Coach and Trainer (Support Raising Specialist). While continuing to reside in Hudsonville, MI for the last 13 years, Gregg (along with his wife Erin) have devoted their lives to train, disciple and coach the next generation of missionaries to full funding, and then to be placed on university campuses across America.

To-date Gregg has personally discipled over 100 missionaries who’ve become fully funded and now placed on campuses in 32 states. These are our “top level” career missionaries.

Gregg is also responsible for 14 teams and training locations across the US. They do a weekend support raising training for our “entry level” missionaries. Last year this team trained 240 entry level missionary leaders.

We invite you to become a part of our mission. As a support team member you will help us to disciple missionaries, plant university ministries and reach collegians with the gospel of Jesus Christ!

What Missionaries Are Saying

“Support Raising Coaching is critical. The individual accountability I received, the direction, the encouragement that it provides is just critical for a process that relies so much on self-discipline and personal drive. It not only affects your ability to raise support, but it makes such a difference spiritually and mentally. Having a support raising coach helped me to continue to see that raising support is in itself a ministry.

There were several things that were special to me about having a support raising coach like Gregg. I learned how to communicate better. I received encouragement through a very tough and in many ways lonely season. Knowing that I had someone who was praying for me was also significant. Lastly, just having an overall direction. I never felt like I didn’t have a plan because of Gregg working with me as my support coach.”

“What was special to me about having a support raising coach like Gregg was when we would have a huge week or a big victory within the journey. Gregg celebrated with us. But also when we fell short he brought wisdom, accountability, and encouragement. Having someone who has gone through this journey also helped us because he spoke from a place of experience.”

“Perhaps it goes without saying that to embark in any new work of ministry is to invite spiritual warfare into your life. At the same time, after several years of ministerial work, you tend to think you’ve handled everything the enemy can throw at you.

But when my wife and I began to support raise for a new work with Chi Alpha, we began to experience intense stress, doubt and anxiety. Emotional cracks that had run through the length of our marriage, quiet and largely ignored, began to expand and grow, leading to conflict within our marriage as we battled to get our budget in place so we could get back into the relatively stable life of college ministry. As the situation grew worse, however, it became apparent that there would be no success in our efforts to raise a budget until we dealt with some of the problems that had grown within our marriage.

Throughout the entire process, Gregg was there for us. Long before the stress had exposed the underlying flaws in our marriage, he patiently provided support, encouragement and ideas for how to reach our goals. When things became so difficult in my marriage that I no longer knew what to do, it was Gregg that I was able to turn to and lean on for advice and support.

It is no exaggeration to say that Gregg has been absolutely vital as a friend and mentor as we’ve built our support and worked on our marriage. I’m grateful for his transparency, vulnerability and spiritual walk that have allowed my wife and I to succeed in both our ministry and marriage.”

“Some things that were most significant/impactful to me from Gregg’s support coaching ministry was some of the deeper heart issues we dealt with that kept me from being the most effective fundraiser and minister. The attributes that Gregg has to be an effective support coach is: patient, attentive to detail, organized, spirit-led, well trained both in support raising and in spiritual coaching.”

SUPPORT CAN BE SENT TO:

Stay current on events, progress, testimonials, reports, and more! Sign up here to receive our monthly missionary newsletter in your inbox.